skip to main | skip to sidebar

Jon
Santa Clarita, California, United States
Jonathan Payne is a freelance artist residing in Santa Clarita, California. His sculptures and paintings focus primarily on creature and character design . He has studied under Jordu Schell (Men In Black, Edward Scissorhands, Avatar), concept sculptor Simon Lee and fine art sculptor John Brown. He prefers to sculpt in oil, polymer and WED clays. Recently he has become consumed with creating an original line of tumorous balls of flesh known as the Fleshlettes. In addition to his macabre "babies" he also enjoys composing fine art sculptures depicting both wildlife and the human form. Jonathan is available for hire as a freelance artist and for individual commissions. 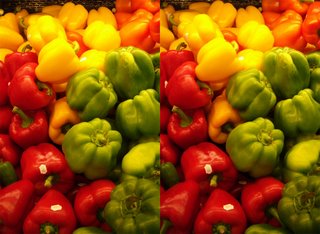 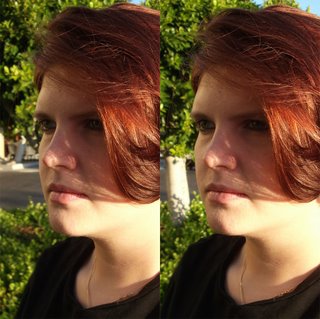 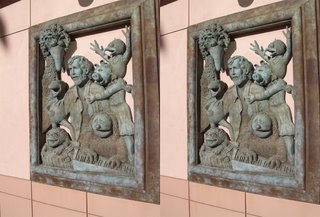 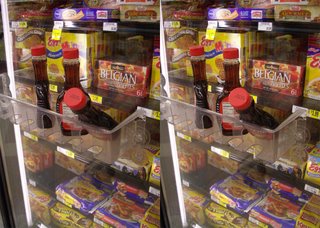 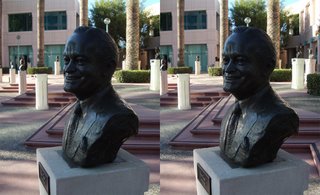 I just found a way to breathe new life into photography (for me personally): Stereophotos! After doing a bit if research online and then applying my own knowledge that I've learned in school and at In-Three I've started playing with poor man's 3D photography.

At this point I'm creating the parallax by taking a left eye photo and moving 2-10 inches to the right depending on my subject. I've been able to create some pretty stunning stereo pairs this way. As time progresses I should buy a tripod head that allows me to mount a camera on a horizontal rail. This would allow me to move the camera on a precise axis at a precise distance and make cleaner photos that don't strain the eyes as much.

So far I've found closer subjects create a more pleasing picture and that moving the camera more that three inches can really strain the eyes.

Next step: find a way to display them that doesn't require the viewer to cross their eyes.

For now: You have to cross your eyes. Pretend like it's a magic eye book since they work on the same principal. You need to cross your eyes until the two images overlap (without focusing on them). Once the two blurry out of focus images line up, one on top of another, let your eyes relax and a third image should appear. With practice you will find they can find and then focus on the third image (the combined 3-D image) that will appear to float in front of or inside of the screen. It takes practice but once you try it several times and figure it out, you can learn to easily repeat it and view the images for several seconds at a time. From there it's easy like riding a bike.

If you're having problems getting it to work and my directions aren't helping then run a search on google for: "how to view cross eye stereo pairs". These are 'cross-eye' stereo pairs that require you to focus in front of the screen not behind it as in "wall-eye stereo pairs." Here is an example of a site I found: http://www.starosta.com/3dshowcase/ihelp.html

Also notice that some of the photos have a more realistic subdued 3D effect that is a little easier on the eye muscles: "Muppets3D" and "Bob Hope" are good examples. Other photos were taken with an unnaturally large distance in between the 'left-eye' photo and the 'right-eye' photo. This produces and exaggerated sense of 3D depth and shape which is also fun to look at: "Lacie Closeup"(look at those bangs),"Peppers!" and "Syrup" are good examples.

Be sure to click on the thumbnails for larger versions to see all of the 3D detail that was captured in some of these images.
Posted by Jon at 3:50 PM 4 comments: 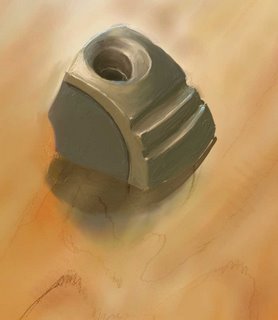 Another old painting not previously published on this blog. This was done in Painter 9 and that's why there are visible strokes and a more paint-like image at work here. Click for a much bigger version.
Posted by Jon at 3:38 PM No comments:

Work in progress - Alien in a tube 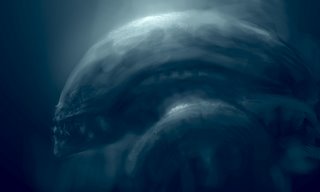 Just as the name implies, the painting is still in the sketch stage and I intend to bring it to a more finished state later on. I still like it how it is now and I'm enjoying this regular posting thing. I'm also realizing that I seem to be in some sort of misty-chiaroscuro lighting phase of my life right now.

As always click on the image for a bigger picture, and leave any thoughts or criticisms.
Posted by Jon at 12:40 AM 1 comment:

Sort of a Pinocchio story... 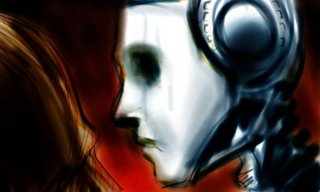 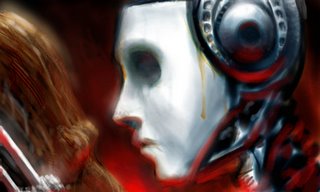 This is one of my older paintings that remains one of my favorites in spite of it's age. The picture is from a sort of Pinocchio story that I thought up for a short film idea. I'd still like to revisit the idea further.

As I was getting ready to post the painting I thought it would be fun to revisit it and try and apply the new painting techniques I've learned without completely repainting it and therefore overshadowing what I connected with in the original image.

I feel that I was indeed able to transmit something more from my original daydream into this new version of the painting that I didn't capture in my first attempt.

Remember to click on the images to see the full size versions.

Which do you like best? Please leave your ideas...
Posted by Jon at 3:14 PM No comments: 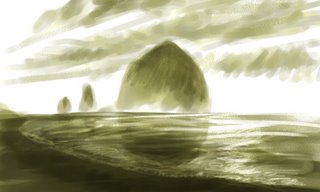 This is a painting sketch of Haystack rock on Canon Beach Oregon. This is one of my favorite paintings because it harkens back to one of my favorite places in my childhood and since it is from memory it helps to capture how I feel about it rather than a photographically accurate representation.
Posted by Jon at 2:03 PM No comments: